Each week Bill Maher surrounds himself with a panel of guests which include politicians, actors, comedians, musicians and the like to discuss what's going on in the world.
Trailer 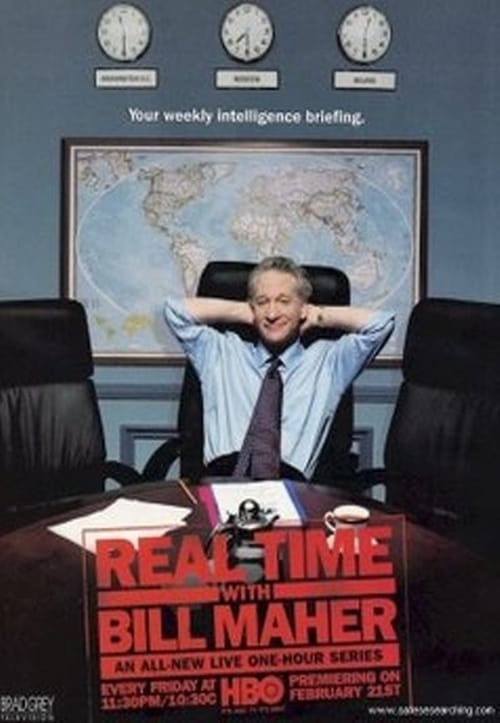 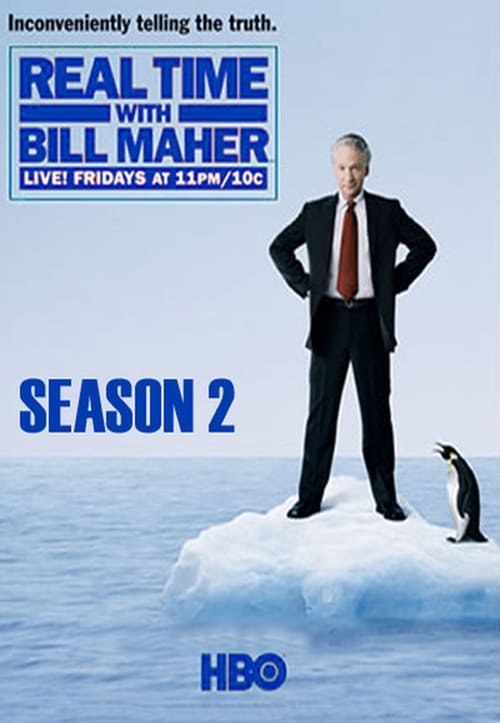 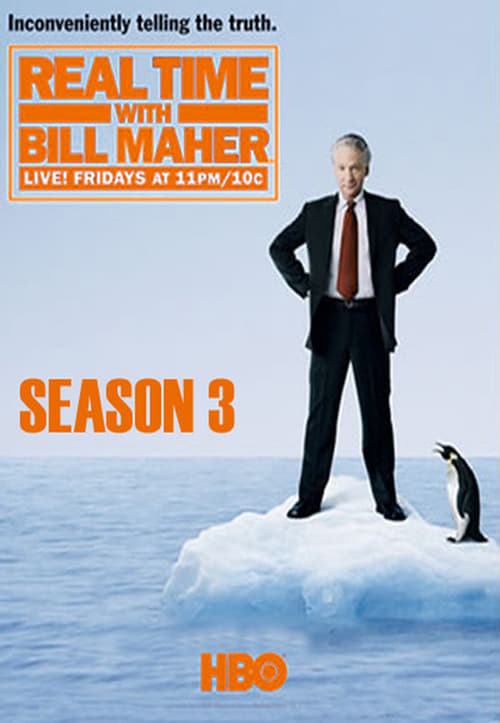 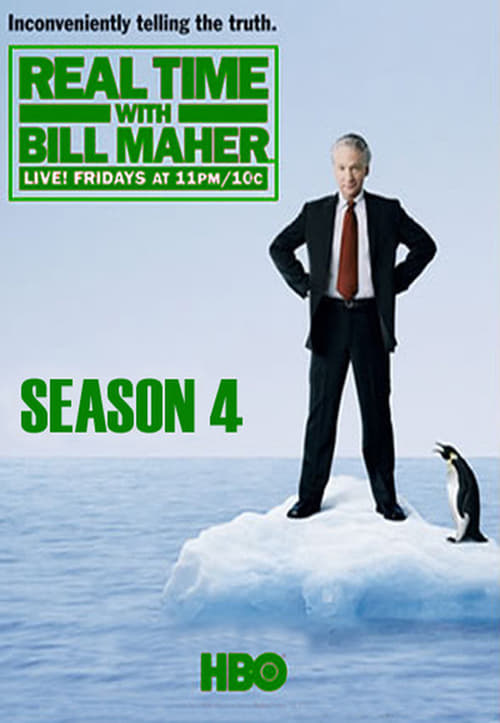 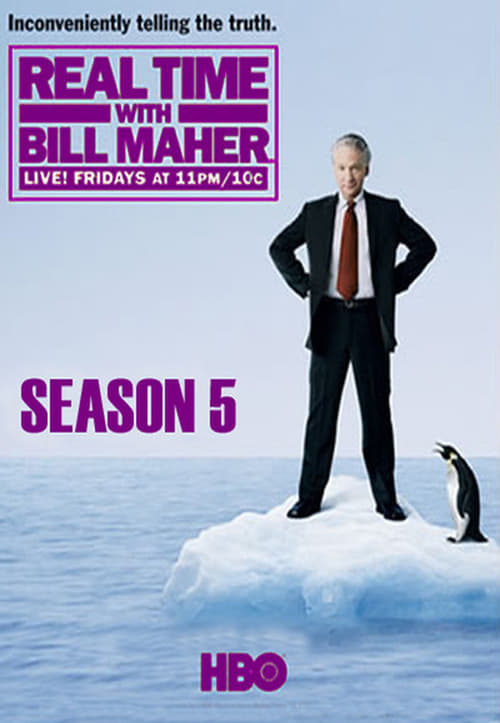 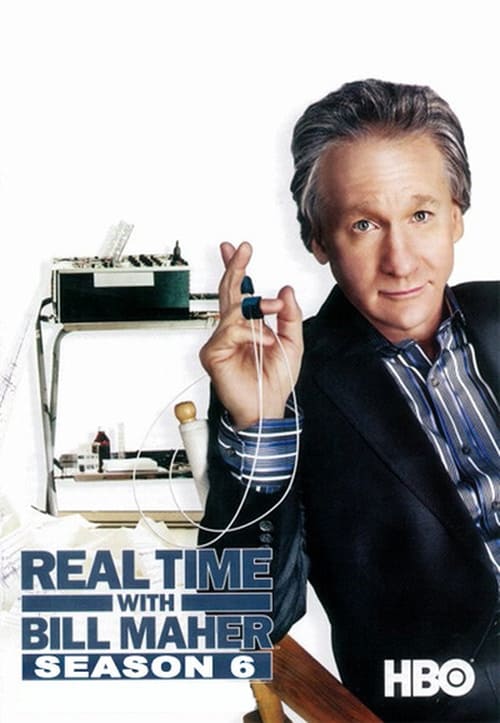 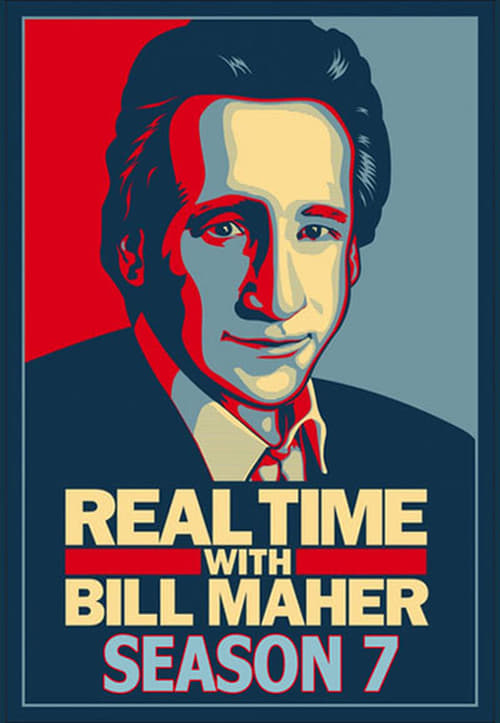 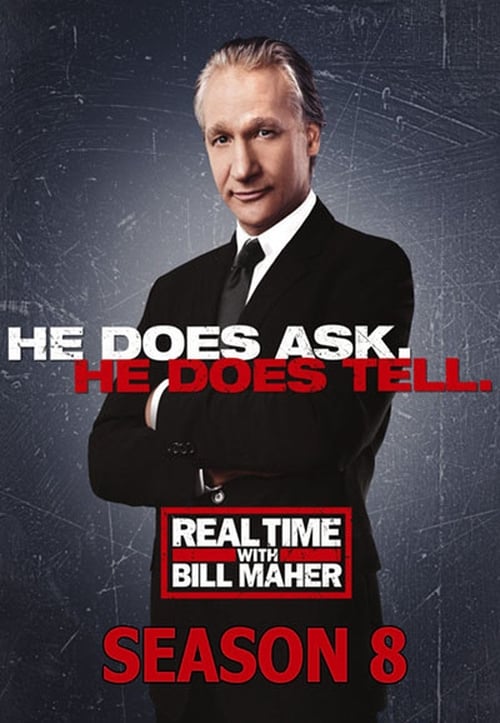 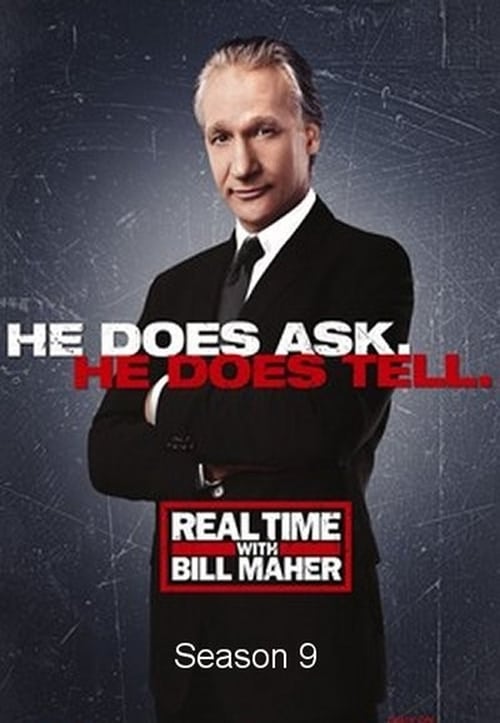 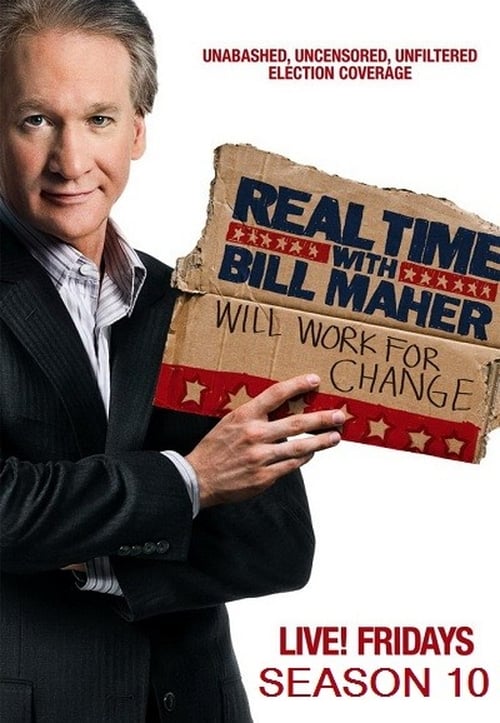 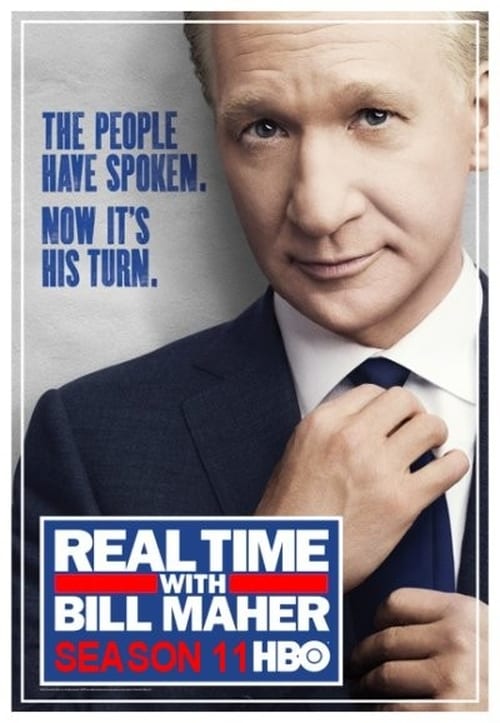 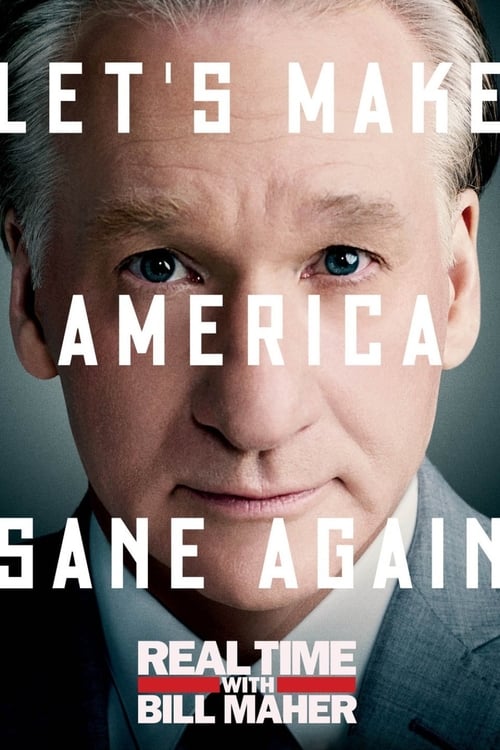 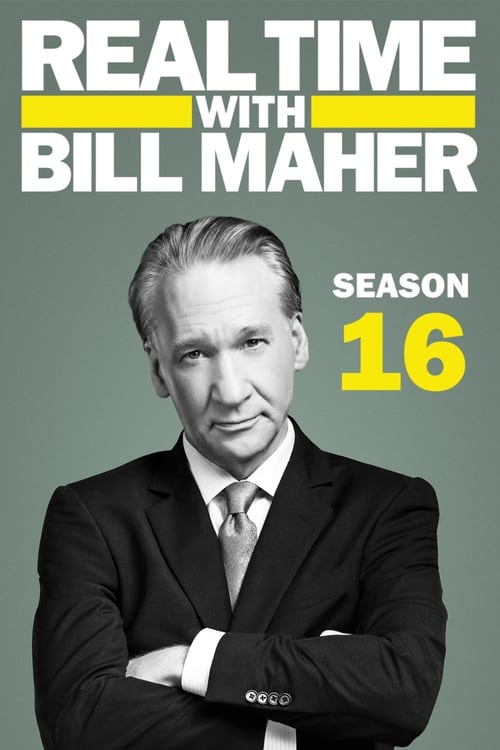 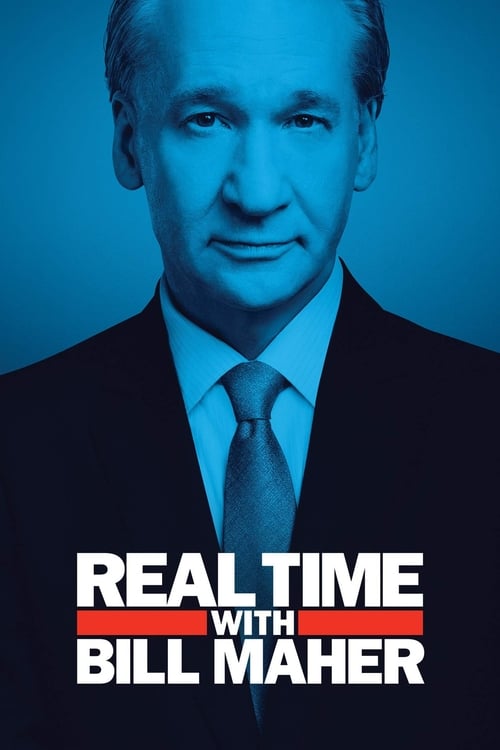 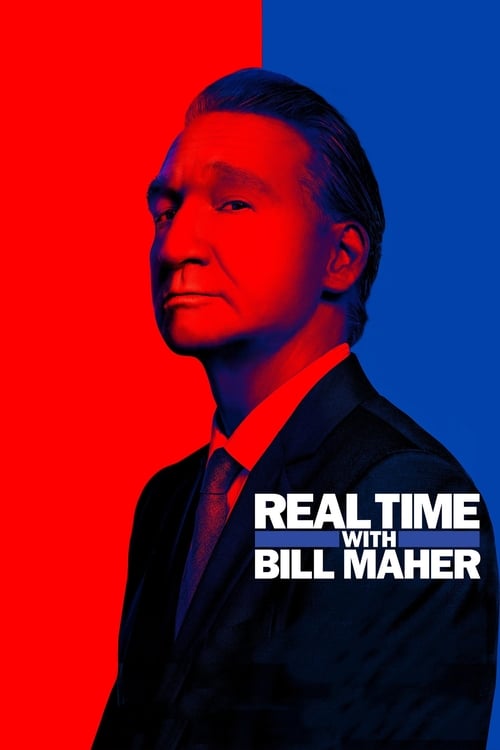 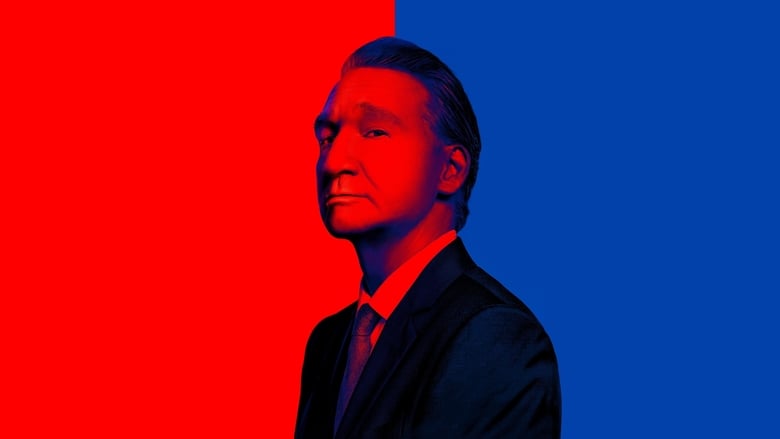 A look into American politics, revolving around former Senator Selina Meyer who finds being Vice President of the United States is nothing like she expected and everything everyone ever warned her about.

Workaholic Mike Flaherty is the Deputy Mayor of New York City, serving as Mayor Randall Winston's key strategist and much-needed handler. Mike runs the city with the help of his oddball staff: an anxious and insecure press secretary; a sexist, boorish chief of staff; an impeccably groomed gay activist running minority affairs; a sharp and efficient, man-crazy accountant; and an idealistic young speechwriter. Like Mike, they are all professionally capable but personally challenged.

A young fresh-faced Hill staffer gets her first job in Washington, D.C. and discovering two things: 1. The government has stopped working, and 2. alien spawn have come to earth and eaten the brains of a growing number of Congressmen and Hill staffers.

The West Wing provides a glimpse into presidential politics in the nation's capital as it tells the stories of the members of a fictional presidential administration. These interesting characters have humor and dedication that touches the heart while the politics that they discuss touch on everyday life.

Set in present day Washington, D.C., House of Cards is the story of Frank Underwood, a ruthless and cunning politician, and his wife Claire who will stop at nothing to conquer everything. This wicked political drama penetrates the shadowy world of greed, sex and corruption in modern D.C.

Former CIA agent Elizabeth Faulkner McCord is suddenly thrust into the position of US Secretary of State where she must quickly learn to drive international diplomacy, wrangle office politics and balance a complex family life.

Tom Kirkman, a low-level cabinet member is suddenly appointed President of the United States after a catastrophic attack during the State of the Union kills everyone above him in the Presidential line of succession.

In 1988, renegade filmmaker Robert Altman and Pulitzer Prize–winning Doonesbury cartoonist Garry Trudeau created a presidential candidate, ran him alongside the other hopefuls during the primary season, and presented their media campaign as a cross between a soap opera and TV news. The result was the groundbreaking Tanner ’88, a piercing satire of media-age American politics.

The Powers That Be

The Powers That Be is an American television sitcom created by David Crane and Marta Kauffman that aired briefly on NBC from 1992 to 1993. Norman Lear served as executive producer for the show.

Hilarious ensemble comedy that follows Leslie Knope, a mid-level bureaucrat in the Parks and Recreation Department of Pawnee, Indiana, and her tireless efforts to make her quintessentially American town just a little bit more fun.

Yona of the Dawn

The legend of the Four Dragons and the origin of the land has been passed down for generations in the land of Kouka. Currently, Hiryuu Palace has no one else next in line for the throne other than the fifteen year old princess, Yona, who had been raised with care. Finally, the night of her sixteenth birthday arrives. She expects it to be a wonderful day spent with her peace-loving father, Il, her servant and friend Hak, and her cousin Soo-won, who she had feelings for... However... That night, Yona goes to visit her father to tell him how she really feels, because he opposes to her getting married to Soo-won. However, when she gets to her room, she encounters a shocking truth. The destinies of Yona and the Four Dragons entwine in this period drama fantasy romance!

Set inside the offices of the "Nation Building Authority", a newly created government organisation responsible for overseeing major infrastructure projects, Utopia explores that moment when bureaucracy and grand dreams collide. It's a tribute to those political leaders who have somehow managed to take a long-term vision and use it for short-term gain.

A hilarious look into the Trump presidency, animation style. Starring two-dimensional avatars of Donald Trump and his merry band of insiders and family members, this cutting-edge comedy presents the truish adventures of Trump, his confidants and bon vivants through the eyes of an imaginary documentary crew.

The Good Wife is a legal drama starring Emmy Award winner Julianna Margulies as a wife and mother who boldly assumes full responsibility for her family and re-enters the workforce after her husband's very public sex and political corruption scandal lands him in jail.

In a fantasy world, fighter Tatsumi sets out for the Capitol to earn money for his starving village, and finds a world of unimaginable corruption, all spreading from the depraved Prime Minister who controls the child Emperor's ear. After nearly becoming a victim of this corruption himself, Tatsumi is recruited by Night Raid, a group of assassins dedicated to eliminating the corruption plaguing the Capitol by mercilessly killing those responsible.

Edward and Alphonse Elric are two brothers gifted with the ability of alchemy, the science of taking one thing and changing it into another. However, alchemy works on the theory of Equivalent Exchange -- for something to be created, something else of equal value must be sacrificed. When their mother dies, Edward decides to do the unthinkable -- bringing her back to life by breaking one of Alchemy's biggest taboos and performing Human Alchemy. Thinking they have nothing more to lose, he and Alphonse make their attempt -- but something goes horribly wrong. In the process, Alphonse loses his body and Edward loses his leg. Ed manages to save Al by attaching his spirit to a suit of armor, but at the cost of his arm and leg.

Code Geass: Lelouch of the Rebellion

Japan has been invaded and conquered by the Britannian Empire. Japan is now known as Area 11 and its citizens known as Elevens. The Britannian Empire takes away Japan's autonomous power and imposes its rule through the use of Knightmares. The Empire's rule has never faltered, but cracks have begun to show...

Everyone has secrets and Olivia Pope has dedicated her life to protecting and defending the public images of the elite by keeping those secrets under wraps. Pope and her team are at the top of their game when it comes to getting the job done for their clients, but it becomes apparent that these "gladiators in suits," who specialize in fixing the lives of other people, have trouble fixing those closest at hand -- their own.

Edward and Alphonse Elric's reckless disregard for alchemy's fun­damental laws ripped half of Ed's limbs from his body and left Al's soul clinging to a cold suit of armor. To restore what was lost, the brothers scour a war-torn land for the Philosopher's Sto­ne, a fabled relic which grants the ability to perform alchemy in impossible ways. The Elrics are not alone in their search; the corrupt State Military is also eager to harness the artifact's power. So too are the strange Homunculi and their shadowy creator. The mythical gem lures exotic alchemists from distant kingdoms, scarring some deeply enough to inspire murder. As the Elrics find their course altered by these enemies and allies, their purpose remains unchanged – and their bond unbreakable.